Sad to hear of the death of my friend Okla Elliott at the weekend. We only knew each other through the medium of Facebook (and that only from January of this year), but he has been an inspiration to my writing for many  years.  He was only 39! Okla was a poet, novelist, short fiction writer, translator, and professor (at Misericordia Uni). He taught me a lot about writing. My thoughts are with his family and friends. RIP. 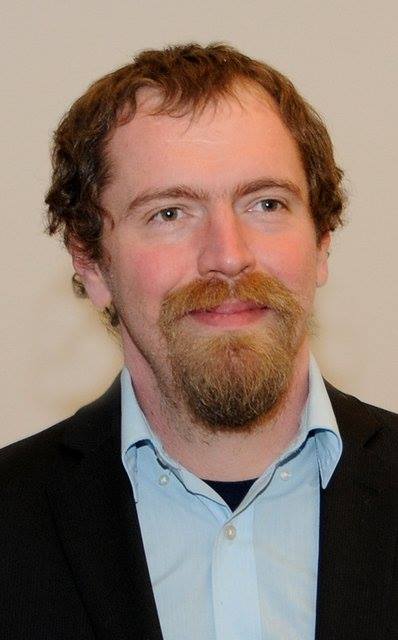 Satan, Bring Me My Guitar (Or: Use the Condom—
You’ll Be Happy You Did Later)

Three times I wished to find an end

Twice you called and said it was the end.

What’s the use of all this trying this wanting-more
your denials your holding-together?
What use the machinations the theatre the holy pornography?

Oh, to hell with such
roundabout poetics.

My blood is 7 degrees Celsius.
I am not alone.
There are others,
brothers of near-freezing blood; it’s that near
that keeps us close, that forms us.

What makes this room
suddenly Dantean in demeanor?

The pastel skulls are too much,
recurring details of a Día de los Muertos
acid trip gone horrifyingly wrong.

I want to compose a song.
Here is the refrain:
Our Father, I would like to complain
of senseless erections.
I have been meaning to say so
for years, but it only occurred to me now
because I have your attention.

Okay…that song would suck, I admit,
but that doesn’t make me not want to
(or want not to) compose it. So:
Satan, bring me my guitar!

But you don’t want me to compose
a song for you.

What do you want?

You always talked about commitment
at any cost,
so I will prove I am committed.

I wrote the title of this poem
before I was done
and now I will commit
to that parenthetical condom,
which I included just to amuse myself
and my friend David Bowen
with whom I was IMing when I was
drafting this poem.

And I tell myself,
Use the condom; you’ll be happy you did later.

There should be a barrier here
something to block the past
from entering the present unhindered.